Guru Randhawa has left his impression of singing not only in India but also worldwide within a span of 5 years. He has millions of fans today, but do you know the real name is Gursharanjot Singh Randhawa. Guru Randhawa is one of the most popular singers in India today. He is so famous that all the songs, he has sung so far have been very liked by the people and all the songs are hit and got millions of views on YouTube.

Guru Randhawa is the most viewed singer on youtube.

Guru Randhawa was born on 30 August 1991 in village Nurpur, Gurdaspur, Punjab. His hometown is Rurka Kalan, Punjab, India. He completed his 12th from the private school of Punjab. And after that, he had done an MBA graduate from IIPM, New Delhi. 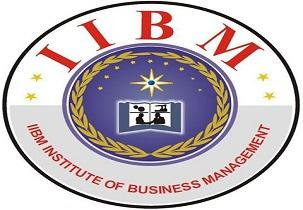 But his dream was to become a singer so they did not have much interest in doing jobs.
He wanted to make a different identity from the crowd. That is why he started working hard to fulfill his dream of becoming a singer.

Guru Randhawa went to Delhi IIBM College to understand marketing and business in the music industry and from there he did an MBA.

Guru Randhawa was very fond of singing since childhood and he used to listen to songs of Diljit Dosanjh. Regarding this, he said in an interview “I was born in 1991 and Diljit dosanjh started singing from 2001, which was good for me. I used to listen to his
songs. I have been very inspired by him. I want to be like them.”

Guru Randhawa writing from the seventh class itself. Until the College over, he had written so many songs. Now it was time to send those songs to the people, he had to sign a big music label. But no music label was ready to take the risk by releasing a new boy’s song. To release his first song, Guru had run a lot and then his hard work finally succeeded when his first song “ CHADD GAYI” came with speed records.

His first song was very good and the individual liked it too. After that, his first album, which came in 2013, was the page one. After this, his Patola song comes with famous rapper Bohemia. He made many songs such as tu meri rani, yaar mood does, Ak47, suit, Lahore. And all these songs become an integral part of the playlist of people. Due to these songs, Guru Randhawa, who came from a small village in Punjab, managed to make his own place not only in India but also in the world. Today he has become one of the most popular singers of Punjab. His songs are also a great demand in Bollywood.

Attack on Guru Randhawa during his show in Vancouver, Canada.
some guy hit him something bottel. its was a very wrong move.