Lal Chand Yamla Jatt, best known simply as Yamla Jatt, was a noted folk singer from Punjab. His trademark was his soft strumming of the Tumbi and his turban tying style known traditionally as “Turla”.  His hit song is ‘Das Mai Ki Pyaar Bich Khatiya’
Das Main Ki Pyaar Bicho Khatiya
Lal Chand Yamla Jat / Jatt ( March 28, 1914 – December 20, 1991 ) was a renowned folk sangeet from Punjab colloquially known was “Ustad Ji”. Yamla Jatt was widely revered as “ustad” among his singer contemporaries and as “Yamla jatt” by his audience. The doyen of the Punjabi music and an artist who arguably laid the foundation of contemporary music in eastern Punjab.

He was born to Khera Ram and Harnam Kaur in a chamar family. His birthplace was Chakk no. 384 in Lyallpur district in Pakistan and after the partition of India in 1947 he relocated to Ludhiana in India.

He was trained in vocal singing by Pandit Dyall Ji and Chaudhry Majid and his writing skills were honed by Sundar Das Aasi. He got married to Ram Rakhi in 1930, with whom he had two daughters and five sons. His eldest son is Kartar Chand and the younger one is Jasdev Chand.

He also popularized singing of Dulla Bhatti, Shahni Kaulan and Puran Bhagat. His first recording was with HMV in 1952 and till last he remained with HMV.

He performed all over the world and many times performed with the late great Alam Lohar, they were also good friends. He also popularized Tumbi, a traditional north Indian instrument. Much of his music has been sampled by Punjabi Mc.

He was awarded Gold medal By Indian Prime minister pt. Jawaharlal Nehru. in 1956. He was awarded a lifetime contribution award in 1989 by the National Academy of Dance, Drama and Music, Delhi, India.

He slipped on the floor of his home resulting in a hip fracture and which also resulted in gangrene formation in his hurt foot (owing to his diabetic condition)- further deteriorating his health. The day he died, his leg was to be amputated in Mohan Devi Oswal Hospital, Ludhiana. 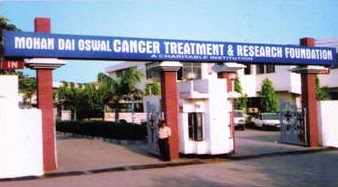 1 thought on “Yamla Jatt Songs, Biography, Family, His Innovation Of ‘Tumbi’ And More”